This calls for a victory dance and some digital confetti, as the Boys & Girls Club of Truckee Meadows was selected among hundreds of the largest Clubs across the country for implementing the best year-round marketing plan/campaign. The award recognizes efforts in advertising, special events, digital marketing, public relations strategy, social media and publications.

As a result, Boys & Girls 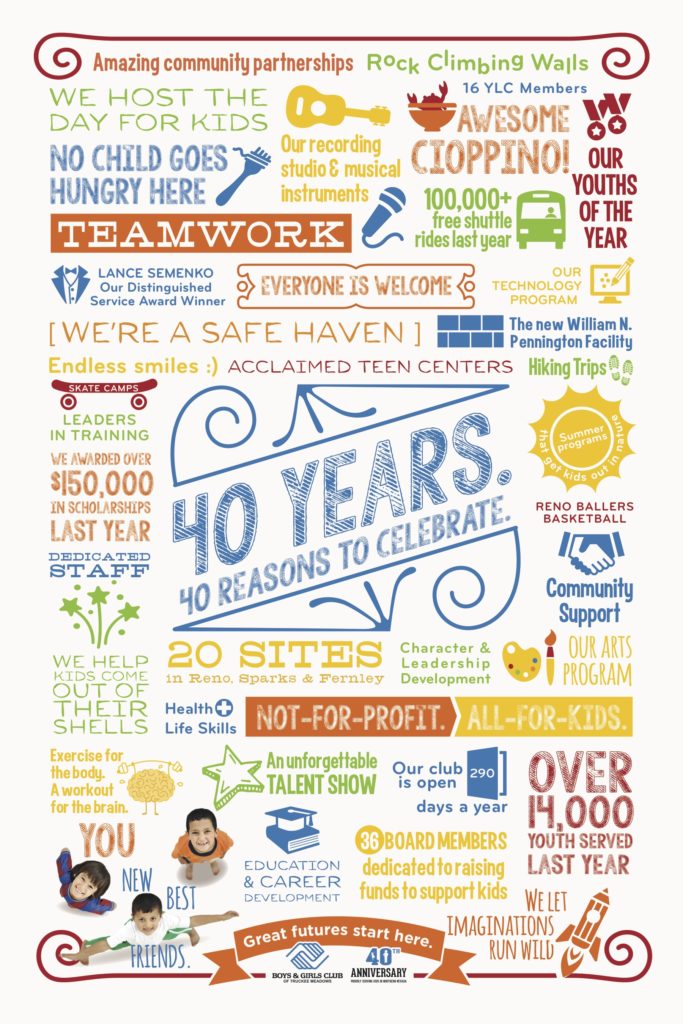 Club of Truckee Meadows was awarded a $5,000 grant, special recognition during BGCA’s National Conference Grand Finale Celebration, and an Anthony P. Conza Cup to commemorate a year of hard work and creative strategy.

How did we do it?

Last year marked the 40th birthday of the Boys & Girls Club of Truckee Meadows, a remarkable feat for a non-profit — so, naturally, we had to celebrate that!

We designed a 40th anniversary logo to honor the profound impact the Club has had on the Northern Nevada region over the last four decades. This logo accompanied all of our marketing touch points, including employee email signatures, web banners, the website, social media posts, special-event signage and more.

A celebratory theme of bows, bright colors, cupcakes and candles was used to highlight the milestone year and lent an exciting touch to special events and marketing materials. The birthday theme and logo aimed to build trust by communicating the Club’s legacy, successful growth, breadth of locations and sophistication of programming.

And in case you were wondering, no, we did not bake our own cupcakes, but we certainly sampled them for quality control.

Of course, there were the numbers. A close eye was kept on metrics and ROI for all events and initiatives with the understanding that data-driven results is the secret sauce to growth and success. Everything from digital performance to fundraisers was scrupulously measured, analyzed, picked-apart and mulled over to assess campaign effectiveness and ensure maximum results.

And what better way to top off an amazing 40th Anniversary than with an epic event filled of fun surprises. The Annual Awards Banquet was nothing short of an extravaganza, featuring our “40 Years of Building Great Futures” promo video and the “40 Reasons to Celebrate” take-away poster, both of which our team had a blast creating.

Oh, and did we mention there were 900 people there? Needless to say, it was an exciting evening. 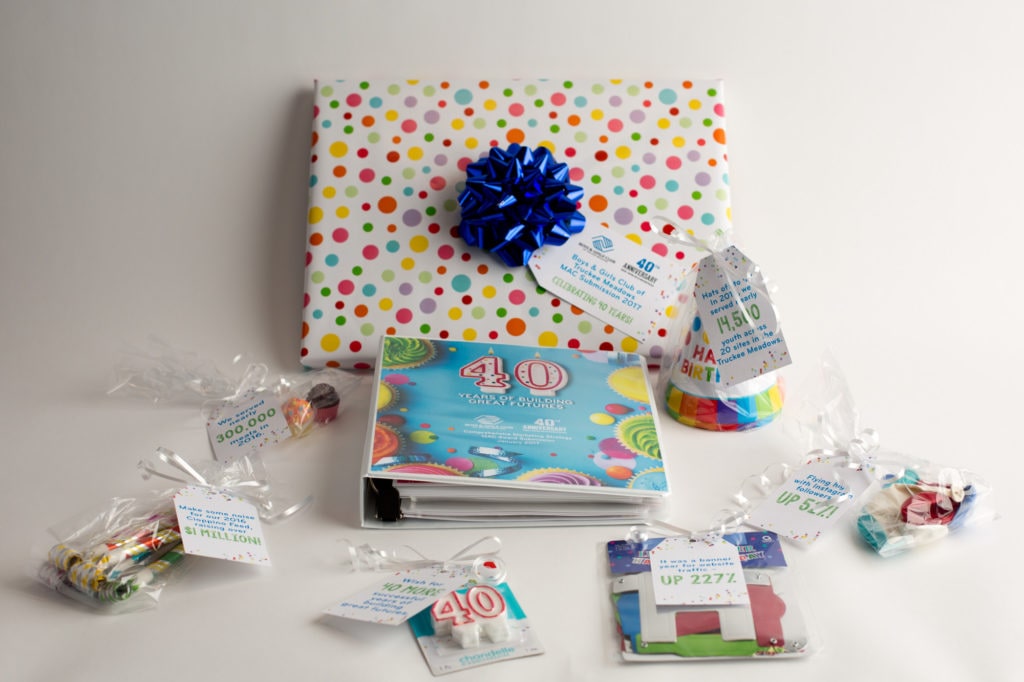 Perhaps what we’re most proud of is helping the Boys & Girls Club of Truckee Meadows reach their marketing goals by harnessing the powers of targeted communication, integrated strategy and thinking outside the box (which, this year, happened to be adorned with a bright birthday bow). We love and support the Club’s commitment to helping the kids of Northern Nevada reach their full potential, and nothing makes us happier than helping our amazing partners succeed in effectively communicating their mission.

Oh, and having fun in the process.

Hey, did you know?

The Boys & Girls Club of Truckee Meadows for the win! Here are a few notable 2016 accomplishments.