If you attended classes at the Reynolds School of Journalism at the University of Nevada, Reno any time from the ’80s to the spring of 2011 it’s likely you took a class from journalism professor Jake Highton. And once you took a class from Jake Highton, you became part of an unofficial club. The club was made up of stressed-out students comparing equally bad grades. The amount of his hastily-penned — perhaps even violently–scratched — red-ink corrections caused almost everyone considerable anxiety. The harsh feedback I received remains etched in my memory, like the beautifully alliterative: “WOEFULLY WEAK.” But as time goes by, a sense of pride sneaks up on you as you say, “Yeah, I had Jake, too.”

I can still see him leaning over the lectern, saying: “I’ve seen misspellings in brass.”

In honor of National Grammar Day I dug out my old journalism binders and flipped through my work from his legendary First Amendment and copy editing classes. 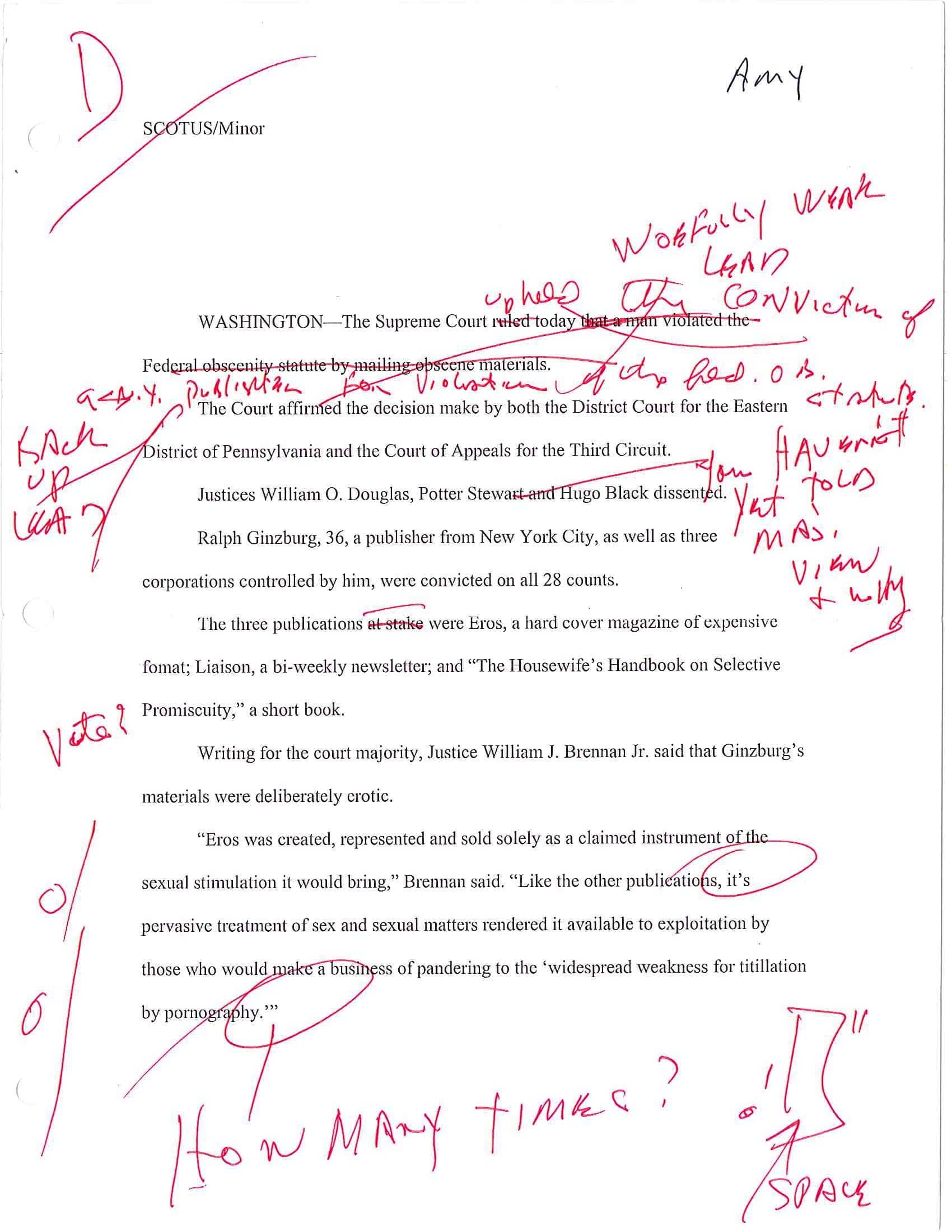 I don’t think I was a great student in Jake’s opinion during my time in his classes, but I know I’ve become one since. I’m still often hunched over The AP Stylebook, brow furrowed in confusion, but if nothing else I gained a great respect for the craft of writing and editing. And while most of my papers were covered in red and I made the same mistakes more than once, I did get a “perfect” from him one day. And with Jake, whether it was good or bad, you knew you deserved it. And a “perfect” made you grin all the way home. 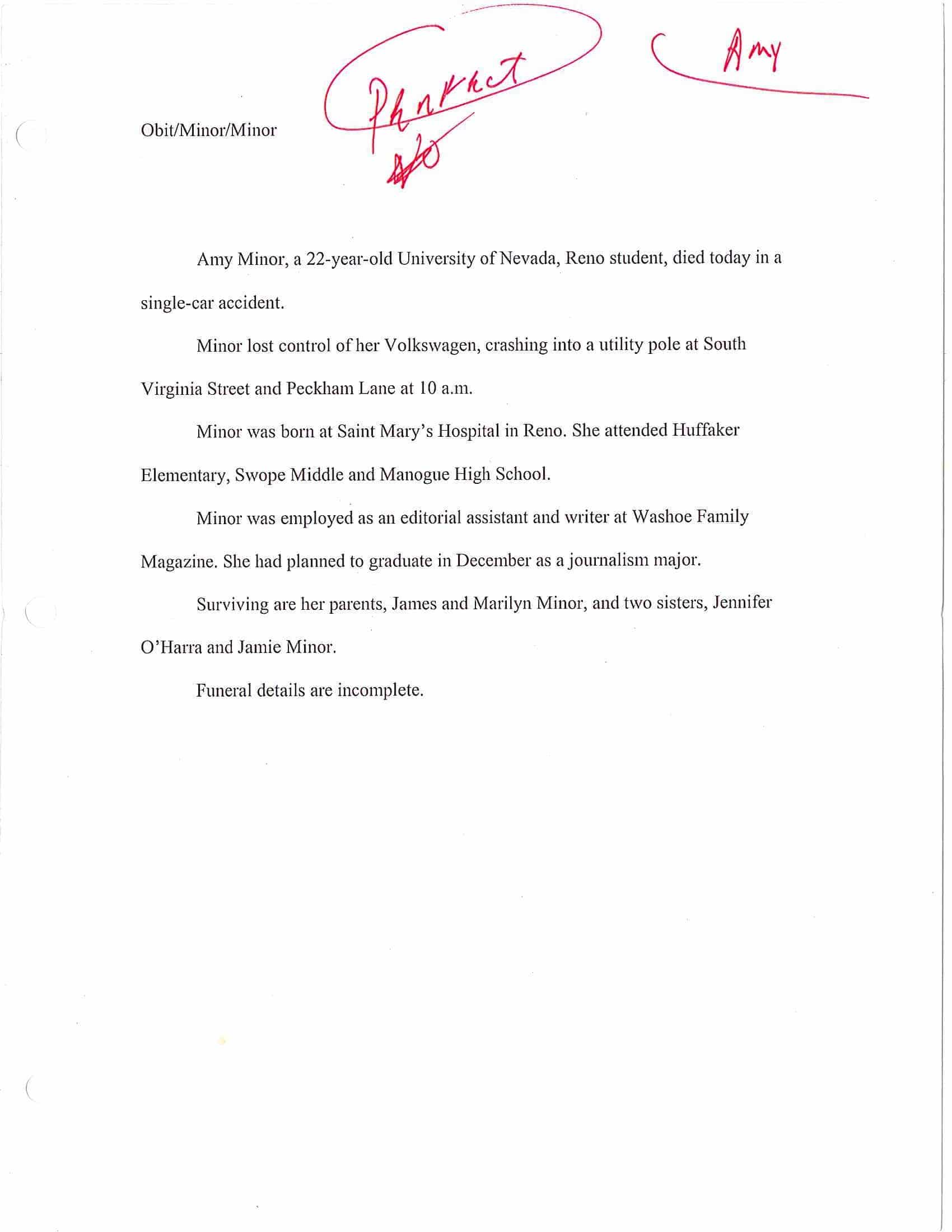