Time to get our swagger back

Advertising / Time to get our swagger back

*This article was published in the Reno Gazette Journal’s “Your Voices” column on March 28th, 2012.

We are fortunate to have organizations that are working hard to push out the good word about Reno-Tahoe — EDAWN, RSCVA and NNDA, just to name a few.

Along the way, every organization has developed numerous slogans. And while I’m sure that each slogan is rooted in solid thinking and supported by some level of research, I would ask all of the agencies promoting our market to consider coming together and unifying behind one slogan, “Reno: the Biggest Little City in the World.” 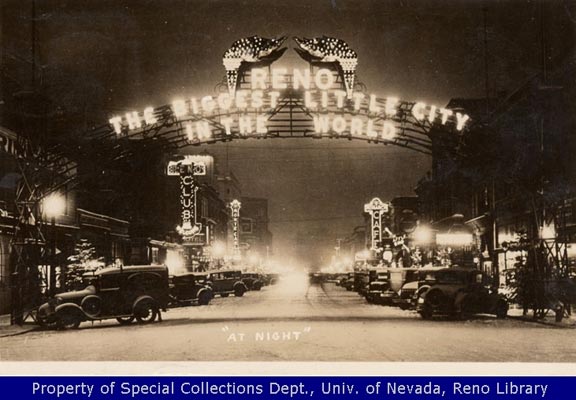 That’s been our city’s slogan since 1926. Hundreds of millions of dollars have been spent in support of it, and people from one end of our country to the other know Reno as the Biggest Little City in the World. New York is the Big Apple. Reno is the Biggest Little City in the World, plain and simple. It’s a great slogan that is relevant and established, even though we’ve been running from it for the past 20 years or so.

Arguments against the slogan? “It doesn’t promote us as a region.” “It doesn’t encompass all of the recreational offerings we have beyond gaming.” “We need ‘Tahoe’ in our name to offset the negative image that people have of Reno.”

I would suggest that the region as a whole could be promoted comfortably under the Biggest Little City umbrella. As far as having “Tahoe” in our name to help with our image problem, I frankly don’t think we are fooling anyone.

We need to get our swagger back as a city. The Biggest Little City in the World has attitude, and we can back up that (established slogan) on Day One. Reno has a cool vibe. We also have great entertainment, big-time events, a wide range of dining experiences, fantastic outdoor recreation, a vibrant arts community … oh, and one other huge benefit: It’s an affordable destination to visit.

Let’s simply promote who we are and what we have to offer all wrapped in a value proposition. Target and Southwest Airlines have done pretty well using a similar model.

Every organization that is promoting Reno as a place to visit and do business is strapped for cash. But if all of these organizations come together and start promoting Reno as “The Biggest Little City in the World,” we have a fighting chance of re-establishing a great slogan and making our city stand for something other than “Reno 911.” The RSCVA’s new campaign, “What’s Your Passion?” is great. Make that the headline and put “The Biggest Little City in the World” at the bottom of the ad. Voila! A fresh campaign with a consistent brand and slogan.

All of the different messaging from all of the organizations in our market need a consistent anchor. “The Biggest Little City in the World” is a big, strong, proven, on-strategy, infrastructure-supported slogan that is as relevant today as it was in 1926. But it’s more than a slogan. It’s what we are: big-city amenities with a small-town feel. There’s nothing wrong with that.